She’s Hilary Shepard and Golden-Con is it!

Beloved Yvonne actress to energize Golden-Con: Thank You For Being A Fan April 22-24, 2022 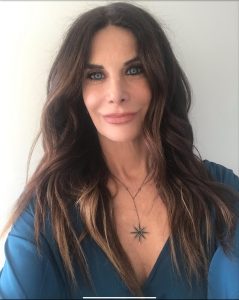 Golden-Con producers are proud to welcome versatile actress Hilary Shepard to Golden-Con: Thank You For Being a Fan. Shepard is scheduled to appear at Golden-Con April 22-24, 2022 in Chicago, IL.

Over a near 40 year showbiz tenure, Shepard has managed to make her mark on a handful of huge entertainment franchises including “The Addams Family,” “Star-Trek,” and the “Mighty Morphin Power Rangers,” where she played wicked pirate queen Divatox.

It is, of course, as energetic workout instructor Yvonne from the 1989 “Rites of Spring” episode that “The Golden Girls” fans know Shepard best. She’ll be bringing that energy and very warm memories of her time on the show with her to Golden-Con: Thank You For Being A Fan April 22-24, 2022 in Chicago.

“When I played Yvonne, I was going to Jane Fonda’s aerobics classes given by the actual Jane Fonda. I based my character on her,” Shepard reminisced.

Of our favorite girls, Shepard has only good things to say:

“I loved filming with them and they were all very sweet to me — especially Betty White. I had never seen the show, but they treated me like a beloved granddaughter and fawned over how funny and pretty I was.”

She played a ritzy sales clerk and wrote the “Cookie Time” song for the much beloved to 80s kids “Troop Beverly Hills.” She had three runs as Divatox with the Power Rangers including the feature length “Turbo: A Power Rangers Movie.” She created two different characters on “Star Trek: Deep Space Nine.”

Golden-Con fans, friends, and confidants can fawn over and get to know Hilary Shepard at Golden-Con: Thank You For Being A Fan April 22-24, 2022 in Chicago. Shepard says she’s “excited” to share her memories of the beloved cast and her time on set.

Tickets for Golden-Con: Thank You For Being A Fan will go on sale soon.