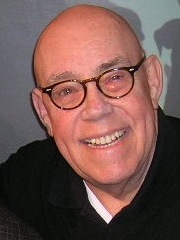 Journeyman actor John Schuck is ready to lead at Golden-Con: Thank You For Being A Fan April 22-24, 2022

Golden-Con: Thank You For Being A Fan producers are proud to present Golden Guest John Schuck, who portrayed Gil Kessler in the 1987 “Strange Bedfellows” episode of “The Golden Girls.”

Golden-Con: Thank You For Being A Fan, the first ever convention just for fans of “The Golden Girls,” makes its debut April 22-24, 2022 in Chicago.

In the episode, Schuck’s Kessler comes out as a trans man after fanning the flames of a false sex scandal involving Blanche.

Kessler’s transgender identity was played for laughs on the show. Nevertheless, it was a groundbreaking moment that was a rare portrayal of a trans person on 1980s primetime TV.

John Schuck is a journeyman actor who’s worked his way through to a 52 years and counting career in TV and film.

Along the way, he played the pivotal role of Captain “Painless” Waldowski in the 1970 “MASH” movie and became a mainstay in Robert Altman films of the era.. He’s appeared in numerous iterations of the “Star Trek” and “Law & Order” franchises. He even breathed new life into the Herman Munster character in the late ‘ 80s “The Munsters Today” reboot.

John Schuck will reminisce about playing Gil Kessler and his interactions with our favorite girls during Golden-Con: Thank You For Being A Fan April 22-24, 2022.

Ticket information including on-sale dates and prices will be released soon. Sign up for direct email alerts on our website homepage to be the first to learn any and all Golden-Con news.